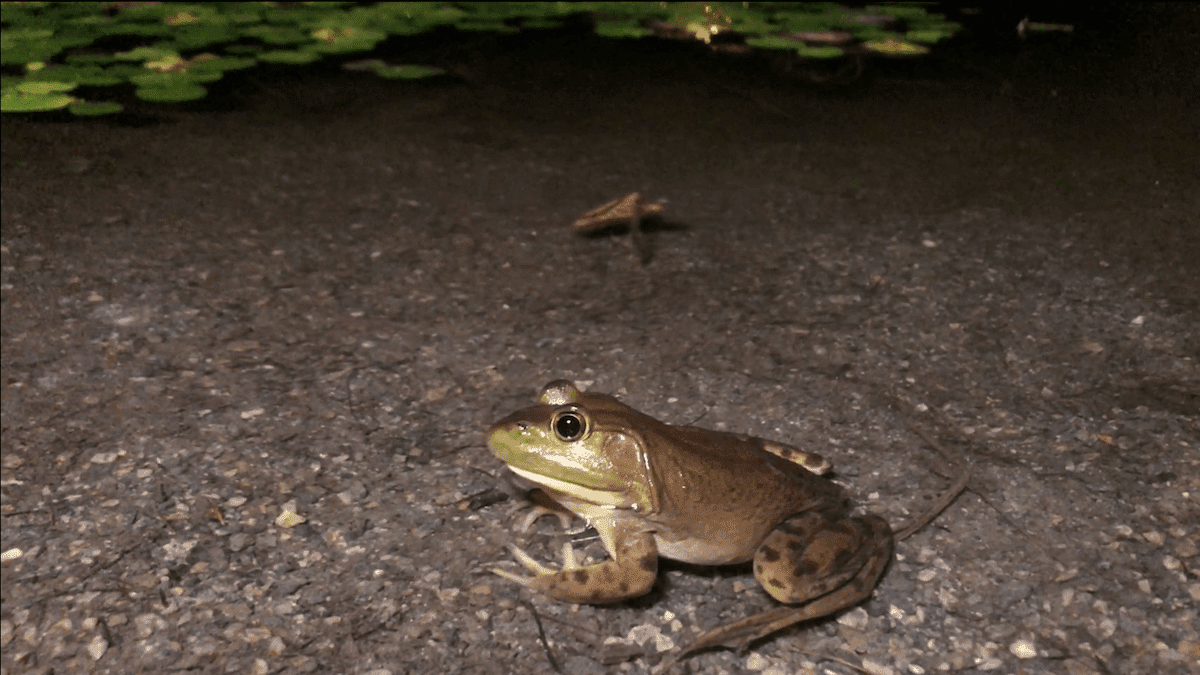 Within our vast ecosystem on Earth, every animal and creature has a crucial role in maintaining a balance. Frogs may seem like a small part of this equation, but their importance is far greater than many may believe.

Frogs play a vital role in ecosystems worldwide, as they form an integral part of the food chain, prevent disease transmission by feeding on potential carriers, and keep waterways clean. They also act as bioindicators for researchers and offer potential advancements in the medical industry.

Various frog species have been declining in population over the past few years, which will undoubtedly have a massive impact on the world as we know it. Join me as I discuss the importance of frogs and why humans need to take proactive measures to conserve their wellbeing.

Why Frogs Are Important to Our Ecosystem

Frogs are important in nature in our ecosystems to maintain balance within food webs, as well as for pest and disease control, and maintaining hygienic waterways.

Frogs are often heard and not seen, giving the impression that these little creatures fade into the background of our ecosystems. But, frogs are incredibly important to animals and humans worldwide. Their existence and continuation assist global health and balance in numerous ways.

Frogs Are Important to Food Webs

Frogs are a fundamental part of countless food chains and food webs, whether on land or in aquatic spaces. They serve as primary food sources for many animals, most of which have important roles to serve within ecosystems as well.

Any decline in frog population would have a ripple effect on the surrounding wildlife, disturbing an otherwise well-balanced food web. Negative consequences would undoubtedly cascade through entire ecosystems, leaving disaster and suffering that may be impossible to remedy.

Frogs Are Important For Pest and Disease Control

It is understandably difficult to comprehend potential threats that humans cannot see with the naked eye, let alone deal with them efficiently. Thankfully, frogs do a lot of the work for humanity and animals in this department. Bugs and insects are often primary carriers of severe or even fatal diseases.

Frogs eat mosquitos which are well known to carry diseases like Malaria, West Nile Virus, Zika, and Dengue Fever. Frogs also eat numerous other bugs, insects, worms, and small animals that may also carry bacteria, pathogens, and parasites that can be harmful to humans and animals.

A single frog can eat thousands of bugs, insects, or crawling critters, including many disease carriers each season. There would be a massive gap if frogs further decline or disappear entirely, leaving disease-carrying bugs and insects to roam and potentially overpopulate numerous regions. The transmission of illnesses to animals and humans could be catastrophic.

Frogs Are Important For Hygienic Waterways

Irrespective of whether frogs live on land or in aquatic areas, all frogs require water for survival. Most toads and tree frogs return to water bodies for mating and laying eggs, where countless tadpoles will then roam until they are ready to make the transition to semi-aquatic life.

Tadpoles also have an important role in ecosystems, particularly concerning the conditions beneath the water’s surface. Tadpoles feed on algae once their yolk supply runs out, which helps keep waterways clean. A lack of frogs and tadpoles would likely result in water bodies that are overgrown with algae and other plant life.

An overabundance of algae and aquatic plant life will affect other aquatic species in the area. It could throw off the balance of these aquatic ecosystems, and it may even affect the quality of the water. Such circumstances could have drastic and unforeseen effects on a broad scale (CTNF).

Why Frogs Are Important to Humans

Apart from frogs’ importance on a global scale, frogs aid humanity in unique ways. Many species have been used within scientific research practices for many years and have allowed humans to make important scientific and medical discoveries over time.

Frogs are seen as bioindicators within the scientific field. Since their skin is so permeable, they can absorb just about anything from the environment. Although this trait does make them more vulnerable to habitat disturbances, it can help scientists and researchers gain insight into environmental issues before they become prominent.

As a result, frogs indicate environmental stress. They are used as a global alarm for humans, serving as warnings when something is wrong in the world. Such warnings are crucial in developing efficient action plans and lessening the potential devastation.

Frogs Are Important For Medical Advancements

Frogs also offer unique advantages within the medical field. They produce various skin secretions, some of which are toxic and some of which have led to astounding medical discoveries. Frogs have significant potential within the pharmaceutical industry, with the prospect of improving human health.

Around 10% of Nobel Prizes in Physiology and Medicine resulted from frog research. Russian researchers also found more than 76 antimicrobial peptides on frog skin that could prevent pathogenic and antibiotic-resistant bacteria.

Research into frogs has found potential cures for peptic ulcers, which are endured by 25 million people in the United States alone. Unfortunately, the species vanished only a few years later. When frogs disappear, so do the potential cures and innovative treatments that could arise from their unique traits.

More About Why Frogs Are Important

Frogs have been around for millions of years, surviving numerous catastrophic events that history has managed to document. However, this does not mean frogs are invincible, as they are extremely vulnerable and sensitive creatures. Frogs should undoubtedly be at the top of global conservation lists with so many benefits and advantages for animals, humans, and entire ecosystems worldwide.

Learn more about why frogs are important and how you can help then on our blog:

Common Questions About Why Frogs Are Important

How do frogs benefit humans? Frogs benefit humans by being bioindicators to overall ecosystem health as well as key players in human medical advancements. Frog’s skin secretions carry potential cures for illnesses and can be used in the medical and pharmaceutical industries.

What would happen without frogs? Without frogs, food chains would severely be impacted, disease carrying bugs could be more abundant infecting more people with pathogens, illnesses and viruses like Malaria, West Nile Virus, Zika, and Dengue Fever, and humans may lose potential cures for illnesses.

Why are frog important to the ecosystem? Frogs play a vital role in ecosystems worldwide, as they form an integral part of the food chain, prevent disease transmission by feeding on potential carriers, and keep waterways clean. They also act as bioindicators for researchers and offer potential advancements in the medical industry.

What makes frogs so special? Frogs are incredible creatures that are extremely adaptable. Frogs have managed to survive millions of years and have been around since Dinosaurs roamed the planet.