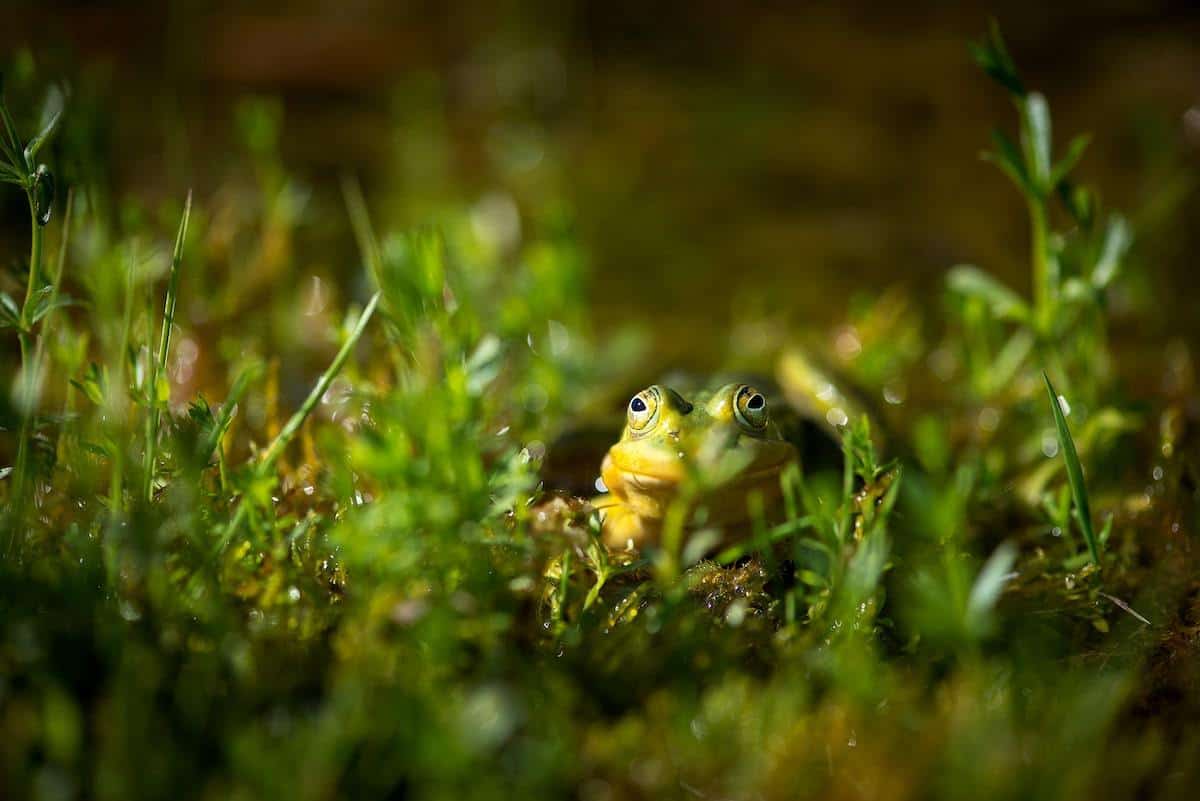 As a general rule, frogs may be considered bad due to invasive species, various poison levels, skin secretions, toxicity towards pets, and their entering homes and private property. However, the cases where frogs are a problem predominantly concern improper approaches or misinterpretations from humans.

Before we dive into why frogs may be considered bad, I just want to clarify why frogs are generally very important. Frogs perform a wide range of essential tasks in the wild, such as controlling pest populations and serving as a primary food source for countless larger species. They also serve humanity by acting as bioindicators and allowing us to gain insight into potential medical treatments or cures.

However, there are some instances where frogs could be harmful, depending on the species, the habitat, and the surrounding wildlife. Still, it is crucial to understand that frogs are peaceful and passive creatures, merely hoping to survive in a turbulent world. Frogs should always be treated with respect and care, irrespective of the problems they may cause.

While frogs can be harmful or problematic in some scenarios, proper preventative measures and education can easily accommodate their potential dangers. Join me as I discuss when frogs could be considered “bad,” and how to relieve the associated risks for yourself and your loved ones.

Invasive Frog Species Can Be Bad

The most devastating consequences arise when frog species are classified as invasive. An invasive species can be defined as any living organism not native to an ecosystem, causing harm by growing, reproducing rapidly, and spreading with remarkable speed.

Invasive frog species are generally incredibly adept at reproducing in large numbers, which can cause several issues within the respective areas. This impact also affects humans, as numerous agricultural and commercial activities rely on healthy and well-balanced natural ecosystems.

Why Invasive Frogs Species Can Be Bad

When invasive and aggressively reproductive frog species are improperly inducted into a new area’s ecosystem, they may not fit the existing balance. These species may not have any natural forms of control, such as natural predators, and will pose the following risks for other species:

For some context, the Cane Toad was introduced to Australia in 1935 to control the beetle population and support sugarcane crops. While only 102 Cane Toads were released for these purposes, approximately 200 million Cane Toads now dominate Australia’s ecosystems. They fed on countless life forms, including small snakes, and have killed numerous native species as they reproduced aggressively. They were also introduced to Florida and cause similar problems.

According to the University of Florida, the Cuban Tree Frog is invasive in Florida and is known for hunting and killing the area’s native tree frog species. The imbalances caused by invasive frog species can alter the existing food web and ecosystem as a whole, which will have a ripple effect on numerous aspects of the environment.

Poisonous Frog Species Can Be Bad

Another reason why frogs can be harmful in some circumstances is their potential toxicity. Although most frogs are non-toxic, quite a few species can cause illness in humans, and a handful of species can even cause fatalities. However, most amphibians can pose health risks for pets, which is a common cause for animal lovers assuming that frogs are bad on a broad scale.

There is an unfortunate crossover between invasive frog species and toxic frog species, making it even more challenging to prevent the associated risks. Both Cane Toads and Cuban Tree Frogs are poisonous to various degrees, and they can cause severe health problems or fatalities for household pets.

Various other frog species can also pose similar risks, even if they are native. Dogs are infamous for licking or biting frogs out of aggression, play or curiosity. Still, other small animals and humans may also suffer toxicity side effects depending on the species and contact method.

It is crucial to ensure that your animals and loved ones are thoroughly protected from the associated risks, as these toxicity levels are often the primary form of defense for otherwise innocent and helpless frog species. If frogs often roam your area, make sure that there are adequate barriers to prevent contact.

Frogs Can Cause Issues on Private Property

Another common situation where frogs can be problematic is when they decide to occupy private properties, backyards, or even areas inside the home. Frogs are running low on natural habitats as human infrastructure and industrialization continue to progress, and they often resort to inhabiting any space they deem suitable.

This can be understandably frustrating to deal with, but it is important to understand where these little creatures are coming from and what they are dealing with to find a suitable solution for everyone. There are many humane methods for preventing frogs from entering the property, such as altering or blocking alluring water features, putting up barriers, or using harmless DIY natural frog repellents around the area.

In addition, frogs can be harmed by numerous areas intended for human purposes, such as chlorine-rich swimming pools and tapwater-filled buckets. These areas will likely cause illness or death for frogs, so preventing them from accessing these areas will be beneficial for your loved ones and the frogs in question.

Frogs Can Be Bad to Touch

Generally, people frogs bad to touch since they can carry salmonella and other viral or bacterial diseases on their skin. It is best to avoid touch frogs for the safety of the frog and yourself since frogs can hurt themselves if they jump out of your hands or if debris from your skin enters theirs.

However, this is not any different from any other animal in the wild. It’s important to avoid touching frogs or to use gloves and treat frogs with respect if you must move them with your hands.

Although there are cases where frogs can pose risks for surrounding wildlife and ecosystems, humans still seem to be the indirect yet primary cause. Frogs are not bad on a broad scale, as they are far more helpful than harmful to the environment. The best way to avoid associated risks is to set up protective barriers and avoid handling frogs altogether.

Learn more about frogs and how you can help them on our blog: