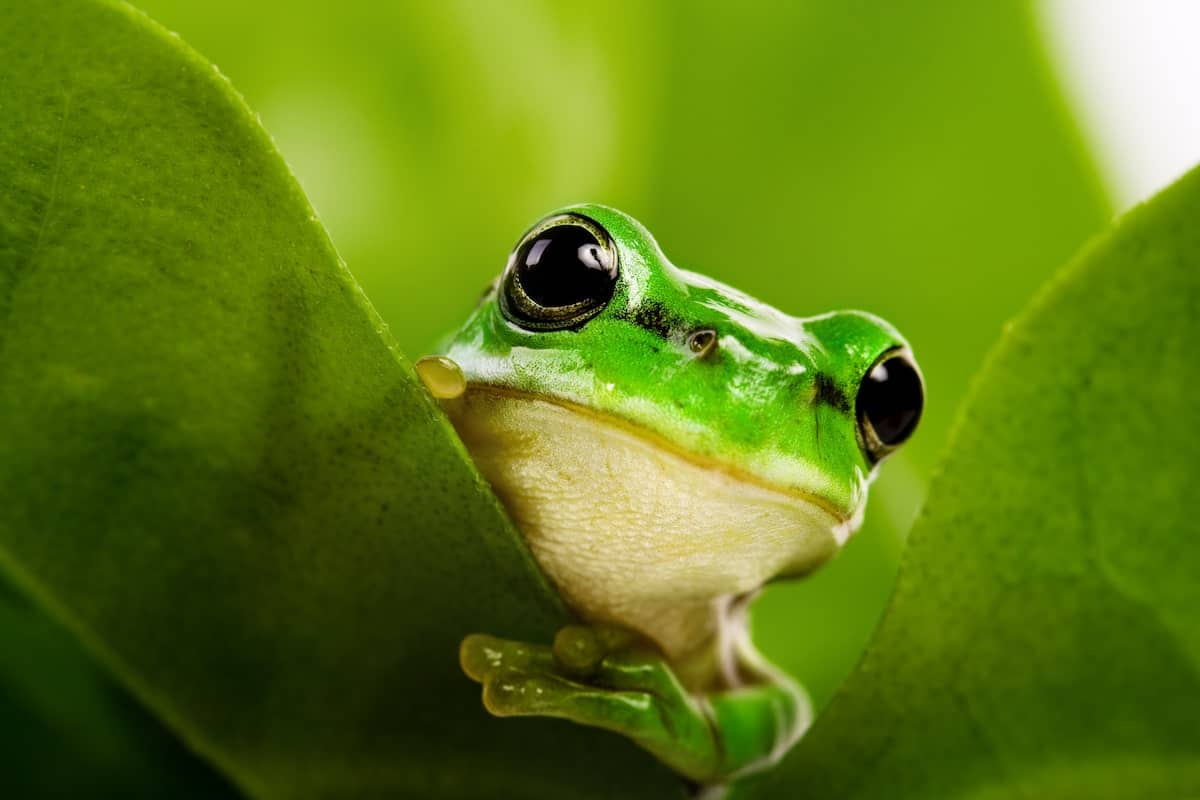 When I was a kid, I thought my pet frog was old because it was so large, but as it turns out, size is not the only factor that influences a frog’s age.

You can tell the age of a frog based on their life cycle stage for baby frogs, and the rings in their bones for adults. Frogs remain eggs for 3 to 25 days, frogs are generally tadpoles for 14 to 16 weeks, froglets are baby frogs for 6 to 9 weeks, and become reproducing adults after 2 to 4 years.

Scientists know how to direct a frog in order to look at the rings in their bones to determine their age. But you probably are not a scientist and just want to get a general idea of how old your frog is. Continue reading to learn more about how to determine the age of a frog without killing it.

The age of a frog depends on the stage in which they are in metamorphosis or in their life cycle. Here is a table that contains a frog’s age depending on its life cycle stage:

In the above table, we considered “Adult Frog” to be the general age at which a frog can reproduce. Frogs are generally considered to be fully adults once they reach the age of sexual maturity or are able to reproduce.

Male frogs can reproduce once they have sperm bundles in seminiferous tubules and females, once they possess yolky follicles in the ovary and this generally takes 2 to 4 years depending on the species.

You can learn more about the frog life cycle and how frogs reproduce on our blog.

Frog Age is Determined by The Rings in Their Bones

This consists of cutting off part of the frog’s toe to count the rings in their bones. Of course, this is not good or nice for the frog, but it can still live without one of its toes (CTNF).

The frogs in our sample experienced frequent, and not periodic, growth arrests. We are inclined to believe that such intermittent, non‐periodic, growth arrest may be explained by unpredictable ecological factors (i.e. unexpected changes in climatic factors, variations in food availability, occasional environmental changes).

Scientists may also use mark-recapture techniques to determine the age of a frog by capturing them in the wild, tagging them, and then releasing them. The scientists will then re-capturing the same frogs in the future to examine their evolution and track their age.

But you probably aren’t a scientist and you should not amputate a frog or try tagging it if you do not know what you are doing. So read on to the next section to find out how you can estimate the age of the frog you found.

How to Determine The Age of an Adult Frog

Since the age of a frog is influenced by the rings in its bones it’s hard to tell the age of an adult frog without killing or amputating its toe. I wanted to know how old my toad was but of course, I did not want to kill it! If you read my article on Frog Anatomy, you saw how I reacted to dissecting frogs in high school.

So here are a few more ways you can try to determine the age of the frog you found in the Wild, without killing it:

You can guess the general age of the frog based on these factors. Adult frogs kept in captivity can generally be older than frogs in the Wild.

Frogs Can Live up to 20 Years in Captivity

Generally, how long a frog can live is influenced by factors including the presence of food, predators, their environment, gender, and size. Frogs tend to live 3 to 18 years in the Wild, and in captivity can live an average of 10 to 20 years with toads living up to 40 years.

Learn more about how long frogs can live in our guide on frog longevity.

How old are frogs? Frogs are at least 65M and up to 200M years old as there is evidence they were present among dinosaurs. The Beelzebufo Frog was the largest frog in existence and it went extinct at the end of the Cretaceous Period along with the dinosaurs and many other prehistoric animals.

How long can a frog live in captivity? Frogs are known to live up to 10 to 30 years in captivity because there are in a safe environment, there are no predators, they have access to water and food. Most pet frogs in captivity die due to human error.

Committee on the status of endangered wildlife in Canada, Assessment and Update Status Report on the Northern Leopard Frog, 2009.